Showing posts from November, 2013
Show All

Peace in our Time, or a Brave New World? Thoughts on the tentative Nuclear Agreement with Iran

By Thomas Milde - November 24, 2013
Well, that was unexpected. After weeks of frantic negotiations and shuttle diplomacy, multi-party talks between the five permanent members of the United Nations Security Council, Germany, and Iran, all involved parties managed to reach a tentative agreement on Iran's nuclear program. I'm not ashamed to admit that the whole thing reminded me of a Tom Clancy novel at times, with secret preliminary talks stretching back months, and I honestly admit as well, that I did not expect things to get that far. The reactions to this agreement have been swift, varied, and forceful. While the involved parties hail the deal as a major breakthrough, reactions from the Gulf States have remained suspiciously silent on it, while Israel was downright hostile to the agreement. I expect the conservative elements in the US political spectrum will join Israel in that attitude in due time.  But what exactly is this deal about? Well, Iran has had nuclear ambitions dating back to the time of Shah R
Post a comment
Reactions:
Read more 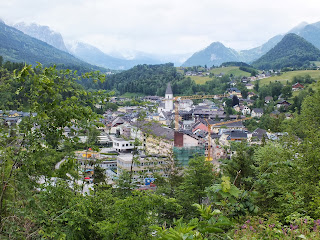 You know, sometimes I look back on the thirty-one years that I have spent on this planet so far, and I can't help thinking that I've blazed quite a trail across this continent of Europe. Being born on the plains of Northern Germany, going through my childhood there during the second coming of Reagan in the 1980s, moving to the Czech Republic just four years after the fall of the Iron Courtain, attending an elite International School there (and not giving a damn about it), or picking myself up after failing my bid at higher education, and going from a school dropout to being hired by one of the most iconic companies on this planet, Apple, and moving to Ireland. Every single station along this way so far has been great, worthwhile, and hugely beneficial. I have met amazing people, seen things that shaped me forever, and learned more than I understood at each of these stops, most of the times without me noticing it. However, the station that remains most prominent in my mind
1 comment
Reactions:
Read more
More posts